Next up for the Louise Faulk series: An Orphan of Hell’s Kitchen, to be released on February 25, 2020.

In 1914, Hell’s Kitchen is an apt name for New York City’s grittiest neighborhood, as one of the city’s first policewomen, Louise Faulk, is about to discover when the death of a young prostitute leads her on a grim journey through the district’s darkest corners . . .

Filthy, dangerous, and deadly—Hell’s Kitchen is no place for a lady, but Louise Faulk is no ordinary woman. The amateur investigator turned rookie policewoman is investigating the death of young prostitute, Ruthie, who leaves behind a baby boy. Although detectives are quick to declare it a suicide, Louise is less certain after she discovers clues implying murder while attempting to find a caretaker for Ruthie’s orphaned son.

Uncovering the truth won’t be easy, especially since Louise is struggling to make a name for herself amid the boys’ club of the New York City Police Department. But Ruthie’s case keeps tugging at Louise, luring her beyond the slums’ drawn curtains and tenement doors, into an undercover investigation that often seems to conceal more than it reveals. Louise is convinced Ruthie’s secrets got her killed, but can she prove it before they catch up to her too? 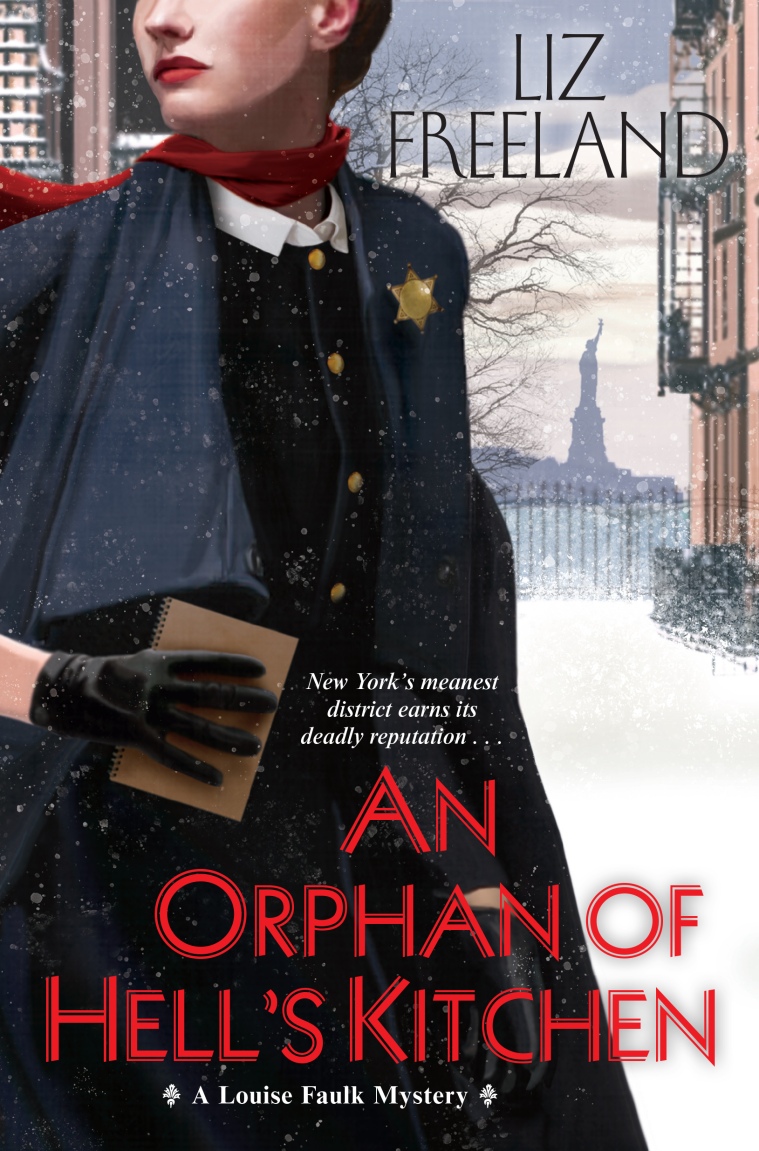